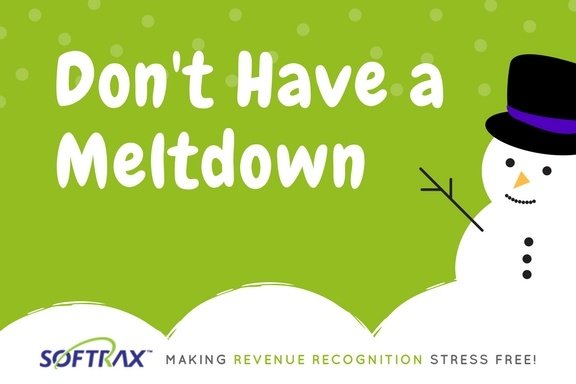 Welcome again to our blog and continuation of the discussion of Disclosures related to the new FASB revenue guidance, ASC 606 – ‘Revenue from Contracts with Customers’.

With the effective date of the new guidance upon us, we would expect to see public companies disclose more information about the impact of the guidance prior to the reporting of actual results. And presumably more disclosure and clarification than previously provided as the adoption date approached. For public companies reporting on a calendar year-end, the first reporting period under the new guidance would most typically include the 3-month period ending March 31, 2018. Prior to that, one would expect that the “SAB 74” disclosures about the impact of the new guidance would become more comprehensive as that impact is in fact better known.

A little overview on SAB 74:

The Securities and Exchange Commission’s (SEC) Staff Accounting Bulletin (SAB) No. 74 (which was then codified in SAB Topic 11.M), is titled “Disclosure of The Impact That Recently Issued Accounting Standards Will Have on the Financial Statements of the Registrant When Adopted in a Future Period”. Commonly known as “SAB 74”, this directive requires a registrant to discuss the potential effects of the future adoption of accounting standards in its interim and annual SEC filings. The disclosure guidance applies to all accounting standards which have been issued but not yet adopted unless the impact on its financial position and results of operations is not expected to be material.

The initial set of disclosures for many companies merely noted the existence of the guidance and the statement that the company was assessing its impact, the extent of which was not yet known. In my last blog, regarding ‘early adopters’, we noted that a handful of public companies adopted ASC 606 a full year early, effective as of January 1, 2017. Alphabet (discussed previously), Ford and General Dynamics are a few such examples. Others such as Microsoft also adopted early during 2017, in their case as of July 1, 2017 in accordance with their new fiscal year.

In our own SOFTRAX webinar series, we regularly poll participants regarding the expected adoption methodology and projected impact, which of course has a major impact on both the financial statements and related disclosures. Consistent with many discussions with other experts in the field, the largest category during 2017 seemed to be ‘undecided’ and ‘not yet determined’. Those responses may have been driven by factors other than just knowing, perhaps some hesitancy to disclose plans even anonymously. We did notice an increase over time in the percentage responding that they would be adopting via the modified retrospective method vs full retrospective, but the majority response throughout the year was in the ‘undecided/still assessing’ camp. For those still in that position, Q1 could be a challenge!

For those that both know and have assessed the impact in a meaningful way, we would expect to see some helpful information regarding the impact in the SAB 74 disclosures. Here is one of Amazon’s disclosures during 2017 prior to their Q1 2018 adoption:

“As we evaluate the impact of this ASU, the more significant changes that we have identified relate to the timing of when we recognize revenue and the gross amount of revenue that we present. We expect timing changes to include Amazon-branded electronic devices sold through retailers, which will be recognized at the point of sale to the retailer rather than to end customers, and the unredeemed portion of our gift cards, which we will begin to recognize over the expected customer redemption period, which is substantially within nine months, rather than waiting until gift cards expire or when the likelihood of redemption becomes remote, generally two years from the date of issuance. In addition, we anticipate that certain advertising services will be classified as revenue rather than a reduction in cost of sales. We are continuing to evaluate the impact this ASU, and related amendments and interpretive guidance, will have on our consolidated financial statements. We plan to adopt this ASU beginning in Q1 2018 with a cumulative adjustment to retained earnings as opposed to retrospectively adjusting prior periods.”

In Amazon’s assessment and disclosure of the impact of ASC 606 prior to adoption, they call out a couple areas where it is expected that revenue will accelerate upon adoption in Q1 2018, as well as where the gross revenue reported will increase relative to 2017. They note an increase from the change in the ‘sell-in vs sell-through’ guidance, as they now would not wait for these products to be sold by their channel partners to the end consumer, but will estimate the expected consideration as their resellers take control of the products. They further note the acceleration of gift card revenue based on their experience of historical card redemption vs the current methodology used to recognize unredeemed gift card revenue.

The gift card and loyalty program impact is certainly a material issue for many retailers with such programs. Amazon’s liability for unredeemed gift cards at the end of fiscal 2016 was a whopping $2.4 billion! Yes, their gross revenue was over $135 billion that year, but most retailers with significant gift card balances don’t have nearly the revenue stream size and diversity that Amazon enjoys! Regardless of size and overall impact on revenues, companies will need to assess the redemption period and ‘breakage revenue’ (the unredeemed amount), and recognize revenue accordingly.

Looking at an early adopter who has assessed and determined the impact of adoption, Microsoft made this disclosure in their Form 10-K for the year ended June 30, 2017 as they prepared for early adoption as of July 1, 2017:

“In May 2014, the FASB issued a new standard related to revenue recognition. Under the standard, revenue is recognized when a customer obtains control of promised goods or services in an amount that reflects the consideration the entity expects to receive in exchange for those goods or services. In addition, the standard requires disclosure of the nature, amount, timing, and uncertainty of revenue and cash flows arising from contracts with customers.

The standard will be effective for us beginning July 1, 2018, with early adoption permitted. We elected to early adopt the standard effective July 1, 2017. In preparation for adoption of the standard, we have implemented internal controls and key system functionality to enable the preparation of financial information and have reached conclusions on key accounting assessments related to the standard, including our assessment that the impact of accounting for costs incurred to obtain a contract is immaterial.

The most significant impact of the standard relates to our accounting for software license revenue. Specifically, for Windows 10, we will recognize revenue predominantly at the time of billing and delivery rather than ratably over the life of the related device. For certain multi-year commercial software subscriptions that include both distinct software licenses and Software Assurance, we will recognize license revenue at the time of contract execution rather than over the subscription period. Due to the complexity of certain of our commercial license subscription contracts, the actual revenue recognition treatment required under the standard will depend on contract-specific terms and in some instances may vary from recognition at the time of billing. Revenue recognition related to our hardware, cloud offerings such as Office 365, LinkedIn, and professional services will remain substantially unchanged.”

Microsoft disclosed the expectation of a material impact of the new guidance as it applies to software license revenue, a significant component of the company’s overall reported $89.95 billion revenue. The change in treatment under the new guidance would result in an acceleration of revenue for those software license elements (now Performance Obligations) which were effectively met upon delivery and historically recognized over time.

Microsoft further went on to disclose the expected revenue impact upon adoption of the new standard, as well as the expected tax impact. As they were adopting under the full retrospective method, they would ultimately be reporting the results of the year of adoption and the prior 2 years under the new guidance approach. In their disclosures, they further noted:

In Microsoft’s case, the full retrospective method, and the effort required, would seem logical considering the positive impact on revenue and net income for those prior years upon adoption. Rather than adjust opening Retained Earnings accounts upon the initial adoption date, they wanted to show the incremental revenue and the full 3 year comparative financials under ASC 606. Otherwise that revenue gets ‘hidden’ in opening balances for the adoption period, and more easily overlooked by readers of the financial statements.

There is no doubt that many companies will experience significant revenue, cost and balance sheet account differences due to ASC 606 adoption. We will continue to track and comment on the results and disclosures, as well as other topics in our blog series, and hope that you will continue to join us. And for all the companies that are struggling through spreadsheet adjustments and endless reconciliations, we invite you to contact us and learn more about Softrax Revenue Manager.